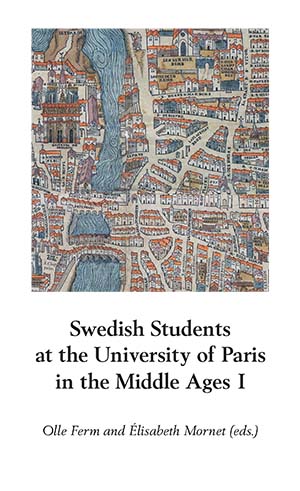 Already at the end of the 12th century, even before the University of Paris was established, Swedes applied to Paris for studies. In the beginning they were few; in time they would become many. The greatest number arrived in the early 14th century, when about 30 Swedes were resident in Paris every year. In all, almost 500 Swedes must have made the difficult journey, by land and sea, to seek spiritual improvement at one of the many schools on the Left Bank.

After studies, lucrative appointments awaited in Sweden. Many graduates took a position at a cathedral chapter, where they were in charge of the Church’s internal matters and its relations to the rest of society. The formal skills acquired by students were also in demand outside the Church; particularly remunerative was a knowledge of Latin, which was valuable in foreign trade and diplomatic negotiations with foreign powers.

The results of the academics’ contributions were far-reaching. They introduced new routines with rules and norms that transformed old institutions and gave rise to new; these eventually altered the social fabric and Sweden was modernized. The country became more like the rest of Europe.